The trio of gifted individuals who founded JASNA—with different backgrounds, professions, personalities and talents—exemplify the universal appeal of Jane Austen. 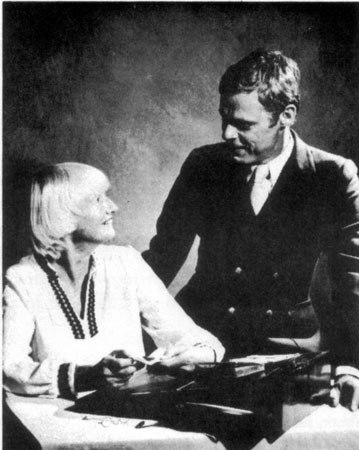 Joan Austen-Leigh, a native of Victoria, British Columbia, was a great-great grand-niece of Jane Austen.  A novelist in her own right, she also wrote some 30 plays under her married name, Joan Mason Hurley.

Henry G. Burke — a Baltimore accountant, attorney, civic leader and holder of a Ph.D. in political science — acquired, with his wife Alberta, a remarkable private Jane Austen collection which is now housed at Goucher College in Maryland.

J. David Grey, vice principal of a junior high school in Manhattan’s Spanish East Harlem, was the first in his New Jersey family to earn a college degree.  He had an encyclopedic knowledge of Jane Austen’s life and works and an extensive Jane Austen collection of his own.

Their common love of Jane Austen united the three friends after initial encounters in England.  Joan Austen-Leigh first met J. David Grey, “a tall handsome man in a blue coat like Mr. Bingley’s,” at a Jane Austen bicentennial costume ball in 1975 at Oakley Hall near Steventon.  Dressed in a gown previously worn by Sarah Miles playing Lady Caroline Lamb in a film of the same name, Joan found herself, like Jane Austen, “prevented from dancing through want of a partner” because her husband was not present.  Before the evening ended, however, the charming man in blue approached her: “So much was said.  So much was felt.”  Joan later wrote that “Jack was the first person I had ever met who knew as much, or more, about Jane Austen than I did.” 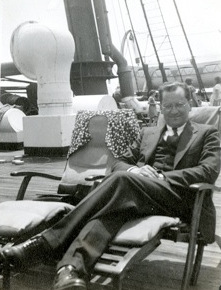 At Jack’s suggestion, the J.P. Morgan Library in New York invited Joan a month later to bring the author's writing desk to its bicentennial Jane Austen exhibition, notable because its holdings had just been significantly enhanced by the legacy of letters and manuscripts left by Alberta H. Burke.  That meeting lead to several more pleasant encounters between Joan, Jack and Harry Burke — and others with Lorraine Hanaway and Juliet McMaster — on both North American coasts.  Joan’s husband, Denis Mason Hurley, “bullied and badgered” the two principals to overcome their misgivings and the distance between their homes to get a new society going.  The two invited Henry Burke to join them as the third founder, and he provided the legal work needed to create the Jane Austen Society of North America.

Follow-up visits on both coasts developed a desire to create for other American and Canadian enthusiasts an active and welcoming Jane Austen society of their own.  At a dinner at the Gramercy Park Hotel in New York on October 5, 1979, that ambition was fulfilled. 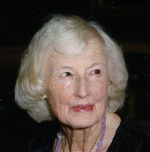 In her first Persuasions editorial (in Persuasions #4) Joan Austen-Leigh expressed her determination that JASNA’s journal should, as a matter of policy, be “as ‘light, and bright, and sparkling’ as it is possible without Jane, herself, to write for us.”  As editor — a distinctive presence with highly expressive eyes and an accent polished at school in England — she enlivened and enriched early issues with drawings, silhouettes, and other images drawn from her personal trove of Austen family treasures, as well as her dry wit and strong opinions.  She abhorred references to “Austen,” for instance, and declared, quite properly, that “Miss Austen” was not Miss Jane, but her elder sister, Cassandra.  She not only edited the early editions of Persuasions, she also printed and posted them, and personally drove cartons of “the newsletter” that morphed into a journal over the American/Canadian border to save JASNA funds.

Although Joan, the mother of four, did not begin her writing career until she had earned her B.A. and Master’s degrees in her forties, her literary output was prolific.  Her two popular “Stephanie” novels dramatized the coming of age in British Columbia in the ’30s and ’40s of a girl not unlike herself. Later came Mrs. Goddard, Mistress of a School (originally entitled A Visit to Highbury) in which she breathed life into a very minor character from Emma and added personalities of her own creation for a charming “back story.”  Joan wrote some 30 plays, including “Our Own Particular Jane,” and was proficient enough to win first place in a drama competition in Canada in 1985 when she was 65.  A boating enthusiast, her private craft was named Elizabeth Bennet, and its dinghy was Mr. Darcy. Among the greatest legacies she left to Jane Austen devotees was the portable writing desk that the Rev. George Austen bought home from Basingstoke as a birthday gift for his writer-daughter.  In 2000 Joan donated it to the British Library, where it is on permanent display. Jane Austen letters that were handed down to Joan through the Austen-Leigh family remain on long-term loan to the Library.  In Joan’s memory, friends and admirers established the Joan Austen-Leigh Prizes given to the winners of the J. David Grey Young Writers Workshop at each AGM. 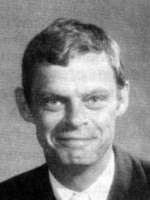 Jack Grey, working full time as a teacher and school administrator, took on JASNA’s presidency from 1979-1982 and served, as well, as the first coordinator of the New York Region (until 1987).  He handled all the business of both groups, including the finances, publicity and membership, as well as sending long newsy, personally typed, single-spaced letters on beige stationery to JASNA leaders and the burgeoning population of members from New York and environs.  He functioned as head cheerleader, press agent, spokesman, correspondent and all-around Pied Piper of both the region and the Society.  By August 1980, JASNA membership had snowballed from the 100 attendees at the first dinner to some 750 members.  Jack chaired the ambitious 1987 AGM at the Waldorf-Astoria Hotel in New York City, which focused on Lady Susan and the Juvenilia.

Like Joan and Harry, Jack made frequent trips abroad, especially to England.  When he learned that repair and renovation at St. Nicholas Church at Steventon were needed, he urged JASNA to assist the church in which Jane Austen was baptized.  JASNA members responded to the appeal, and St. Nicholas became known as one of the best-supported, best-kept country churches in England.  Jack also organized and led the first known tour of Americans to sites important in Jane Austen’s life and works.

Jack had a wide variety of interests.  He had collections of Dick Tracy memorabilia, rhinos and Battersea china, as well as basketball memorabilia and, of course, his extensive Jane Austen collection.  Jack loved dressing up in Regency costumes — particularly knee britches, which suited him admirably — and he loved travel, especially in Great Britain, but not solely for Jane Austen interests: close friend Susan Schwartz recalls accompanying him on a memorable (and lively) tour of distinguished distilleries in the Scottish Highlands.  Jack co-edited, with Brian Southam and A. Walton Litz, the landmark Jane Austen Companion.  Thanks to a bequest from Jack Grey to JASNA, the Young Writers’ Workshop of the AGM is funded in perpetuity and is named in his honor. 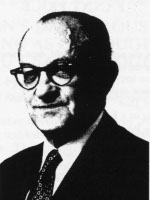 The over-used term “Renaissance Man” falls short in describing Henry Gershon Burke, B.C.S, L.L.B, and Ph.D. — “Harry” to his friends.  His wife, Alberta, had a life-long interest in Jane Austen and amassed an extensive collection of Austen letters, books and other treasures.  She bequeathed the letters to the J.P. Morgan Library.  After her death in 1975, Harry continued to augment their collection of 1,000 volumes by and about Jane Austen, which, along with Alberta’s Austen archives and scrapbooks, were donated to Goucher College, her alma mater.  The Burkes were ardent fans of Sherlock Holmes, sophisticated travelers, passionate theater-goers in England and America, and aficionados of classical music, dance and costumes.  They had extensive collections of books, postcards, programs and illustrations in all these fields, as well as his particular areas of expertise: law, political philosophy and Judaica.  No television or recorded music or arts were permitted in the Burke’s double apartment in Baltimore (one flat was devoted to their collections).  Instead, they read their favorite literature aloud to each other each night, including the entire six novels of Jane Austen every year.

Mr. Burke specialized in estate law, but his philanthropic and leadership accomplishments extended far beyond his profession.  He chaired the boards of the Baltimore Hebrew University (where he also taught Yiddish language), the Jewish Family and Children’s Service, and the Hebrew Immigrant Aid Society.  The Baltimore Bar Association, the Peabody Institute of Music, Johns Hopkins University, the Samuel Johnson Society and other organizations enjoyed his active membership and patronage.  For JASNA, he co-chaired (with Elsa Solender) the second AGM in 1980, held in Baltimore, and was guiding spirit of the Maryland Region.  He team-taught (with Prof. Laurie Kaplan and Elsa) a course on Jane Austen at Goucher College that concluded with a performance reading in which he played Lady Catherine de Bourgh to Elsa’s Elizabeth Bennet in their renowned face-off.

Blessed with nearly total recall, Henry Burke was a gifted raconteur.  He relished recalling the furor that his wife caused at a meeting of the British Jane Austen Society in Chawton.  After listening to complaints that “some American” had bought at auction a lock of Jane Austen’s hair, she rose, declared herself the American and presented the Society with her purchase, now on exhibition at Chawton Cottage (Jane Austen’s House Museum).  Towards the end of World War II, when the Burkes had to forego their annual Atlantic crossing by ship, Harry saw on offer a first edition of Hobbes’ classic treatise on government and tersely wired his London bookseller to ”Send Leviathan!”  He was promptly visited by the wartime equivalent of the CIA since he had unknowingly utilized the code for the forthcoming Normandy invasion, which occurred shortly thereafter

These reminiscences were gathered by former JASNA president Elsa Solender, who was present at the JASNA’s inaugural dinner in 1979, from her own memories and those of friends, colleagues and relatives of the Society’s founders.

“We have all a better guide in ourselves, if we would attend to it, than any other person can be.”