Jane Austen was at the height of her artistic powers when she wrote Emma, the fourth and last of her works to be published during her lifetime.

The novel is a lively comedy of manners populated by some of Austen’s most entertaining and memorable characters, and it showcases her technical skills as a mature and experimental writer. 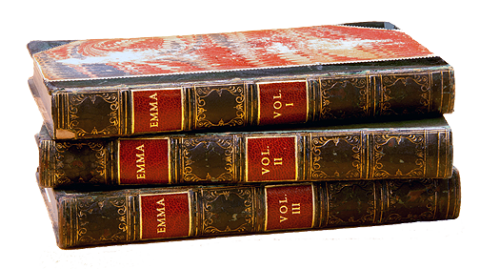 According to her sister’s notes, Jane Austen started writing Emma on January 21, 1814, and finished on March 29, 1815. Whether she chose to use a new publisher because Thomas Egerton was unwilling to print a second edition of Mansfield Park or because she hoped to get a more lucrative copyright agreement for Emma (or both), Austen offered Emma to John Murray, the prominent London publisher of The Quarterly Review as well as the works of some of the leading authors of the day. 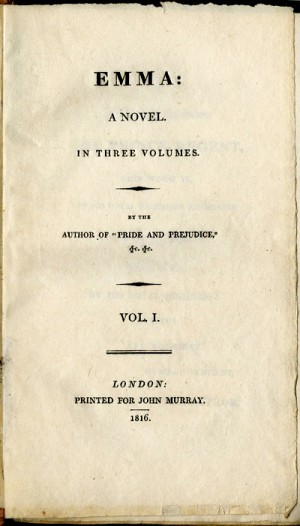 Initially, Murray offered to purchase the copyright to Emma for £450 if the rights to Sense and Sensibility and Mansfield Park were included in the deal.  However, Austen felt that the amount offered was too low and negotiated with Murray to publish Emma on a commission basis, along with a second edition of Mansfield Park. She paid for printing and advertising the books, and Murray received a commission for distributing and selling them. And because the first editions of each of her previous novels had sold out, the decision was made to print 2,000 copies of Emma—Jane Austen’s largest first edition print run to date.

Emma was first available for sale on December 23, 1815, although, since the release was so close to the end of the year, the date on the title page is 1816. Like its predecessors, Emma was published anonymously; the title page simply states that the work was “by the Author of ‘Pride and Prejudice,’ etc, etc.” Unlike Jane Austen’s other works, it also included a dedication to the Prince of Wales. Although she disliked the Prince Regent, he admired her novels and had copies in each of his residences. While she was visiting her brother Henry in London in the fall of 1815, Austen’s identity became known to the Prince and his librarian, James Stanier-Clarke, and she was invited to tour Carlton House. Stanier-Clarke also wrote that she “was at liberty to dedicate any future work” to the Regent—a subtle royal request that she decided could not be ignored.

John Murray’s ledgers show that by October 1816 only 1,248 copies of Emma had been sold—slightly less than two-thirds of the initial print run. Although the inventory had not yet sold out, Jane Austen’s profit on the sales of Emma totaled £221.6.4 at that point. However, she had to reimburse Murray for costs associated with producing the second edition of Mansfield Park, which did not sell well. As a result, it wasn’t until February 1817 that she finally received £38.18 in profit from Emma, with about a quarter of the print run still unsold.

In a letter to John Murray written on December 11, 1815 (just a few weeks before Emma was published), Jane Austen shared her concern about the public’s reception of her new novel: “I am very strongly haunted by the idea that to those Readers who have preferred P&P. it will appear inferior in Wit, & to those who have preferred MP. very inferior in good Sense.” Perhaps she was simply nervous as the release date approached, or perhaps she knew that her realistic fiction about ordinary people and their everyday lives would not appeal to everyone. As it turned out, her family members and acquaintances did have mixed reactions to Emma. A few were delighted with it, a few disliked it, and the majority ranked it between Pride and Prejudice and Mansfield Park (although a few thought Mansfield Park was also superior). 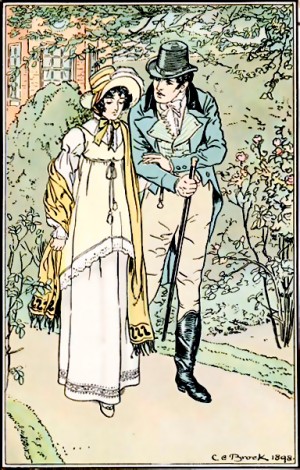 The most frequent criticism was that the plot lacked “incident,” or romantic drama; Emma was praised for the “naturalness” of its characters and events, but many readers expected more action. Emma fared better among the literary critics of the day and received several generally favorable reviews.  Sir Walter Scott, in a piece he wrote anonymously for the Quarterly Review, pointed out that Emma was part of a new trend in fiction, “which has arisen almost in our own times, and which draws the characters and incidents introduced more immediately from the current of ordinary life than was permitted by the former rules of the novel.”

Modern readers, who do prefer realistic fiction, have embraced Emma and often refer to it as Jane Austen’s masterpiece. Contrary to her well-known declaration that Emma Woodhouse would be “a heroine whom no one but myself will much like,” most readers do like Emma, in spite of her faults. She is a modern young woman: energetic, intelligent, self-directed, and an independent thinker. And—unlike Austen’s other heroines—she is rich and influential in her social circle; she doesn’t consider marriage to be her goal in life or the key to her future happiness.

Those who dislike Emma focus on the fact that she can be self-satisfied, snobbish, and meddlesome. However, her wit and imagination, her sense of duty and responsibility, and her affectionate and generous nature make her likeable in spite of her faults. Even her attempts to manage other people’s lives arise from good intentions. Emma is flawed, just as all people are, but by the end of the novel she repents her actions, becoming more self-aware and humble as she recognizes her mistakes and realizes that her behavior could have spoiled her friends’ chances for happiness as well as her own. She grows and changes for the better.

The appeal of Emma lies not only in its realism, but also in its comedy. The dialog is witty, the absurdity of supporting characters is entertaining, and Austen’s masterful use of free indirect discourse allows us to see the world through Emma’s eyes and laugh at her delusions. Emma also showcases Austen’s playfulness as a writer, packed as it is with riddles, word games, literary allusions, a hidden calendar game, and even a mystery. For example, it is only after finishing the book that first-time readers realize they have been just as oblivious to what is going on in Highbury as Emma was, and that they, too, have missed the clues to an important secret. It’s no wonder that each re-reading of Emma rewards us with new insights and new reasons to admire Jane Austen’s skill and artistry.

Explore the resources below for more in-depth information about Emma, a discussion guide for your reading group, and more.

More about the Novel

The Calendar Game in Emma

In her essay “Chronology within the Novels” (in The Jane Austen Companion, 1986), Jo Modert describes the “hidden calendar game” that Austen embedded in Emma. Modert says that the novel is set in the calendar years 1813-1814, “with main events occurring on holy/holidays, both New- and Old-Style.”

For example, Jane Fairfax receives the pianoforte, Frank Churchill’s gift of love, on Valentine’s Day (February 14). Frank attempts to confess his and Jane’s secret to Emma before leaving  Highbury on Shrove Tuesday, a day of penitence (February 22). The unsettling events and quarrels that affect the couples at the Donwell Abbey party and Box Hill take place on Midsummer Eve and Midsummer Day (June 23 and 24), and Mr. Knightley proposes to Emma on Old Midsummer Day (July 6).

“The Encouragement I Received”: Emma and the Language of Sexual Assault ›

By Celia A. Easton

“Could He Even Have Seen into Her Heart”: Mr. Knightley’s Development of Sympathy ›